Lately I’ve received a few emails asking if Megan (from Scandal With a Prince) was inspired by Meghan Markle and her relationship with Prince Harry. After all, Megan is an American with a successful career, is close to her mother, and is single in her thirties. Her early dates with a prince were arranged in secret, far from the curious eyes of the media. As their romance deepens, she’s understandably concerned about his family’s high profile and what that might mean for her future.

Much as everyone is fascinated by Meghan Markle and her background, I wrote Scandal With a Prince prior to the beginning of Meghan and Harry’s relationship. 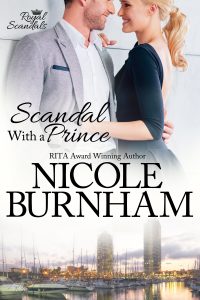 That being said, given the fictional Megan and the real Meghan’s similarities, Megan and Stefano’s story raises many of the same issues as those faced by Meghan and Harry. How do you build a relationship when it’s impossible to move freely? What influence does family have on a relationship? How does a child change romance? What stumbling blocks linger from past relationships? How can you protect each other and your children when it feels the world is against you? What if you disagree on any of these points?

The beauty of a romance novel is that readers navigate these challenges alongside Megan and Stefano with the promise of happily ever after, even if the road to get there isn’t easy. Though the real world holds no guarantees, it’s reassuring to know what’s possible when our minds and hearts are open.

Want some Behind the Scenes on Scandal With a Prince? I’ve posted some of my research photos here.