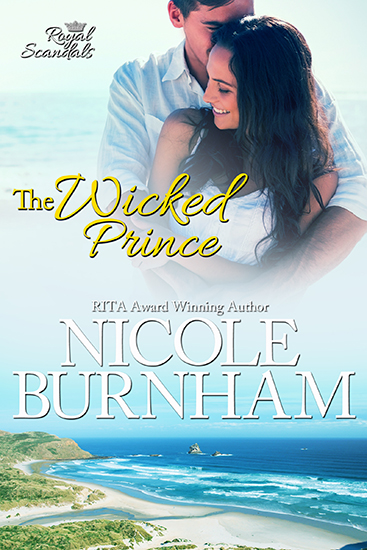 Book 5 in the Royal Scandals Series

A notorious prince heads to the South Pacific and finds redemption in the most unexpected place: a children’s shelter.

Prince Alessandro Barrali is known for his wild ways. After he’s compelled to stand in for his staid identical twin, all Alessandro wants is to escape the fishbowl of palace life and indulge himself. When he awakens aboard the royal yacht awash in hedonism, yet bored out of his mind, he decides a new quest is in order.

Francesca “Frannie” Lawrence needs capable volunteers at the children’s shelter she’s opened on the tsunami-devastated South Pacific island of Kilakuru. When Prince Alessandro Barrali appears on her doorstep, she’s sure she has a nightmare on her hands. Since the royal family provide the shelter’s financial backing, she can’t turn him away. Nor can she deny that the children adore him. Can she find a way to protect the children in her care—and the walls around her heart—against a challenge from a wicked prince?

The Wicked Prince is available in ebook, paperback and audiobook:
Buy Now

Humphrey the Ironically Named Camel, who appears several times in The Wicked Prince, is based on a real stuffed animal. When Nicole heard the (brilliant) name, she asked Humphrey’s owner for permission to use Humphrey in the book. She also gave Humphrey’s owner the opportunity to name a character: Humphrey’s fictional owner, Remy. 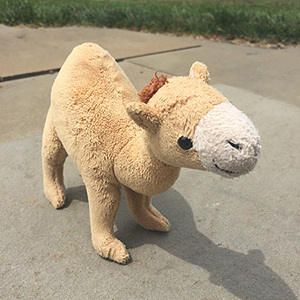 Want to see more Behind the Scenes? Nicole has a Pinterest page complete with maps, island photos, and who she envisions in the roles of Alessandro and Frannie.

Prince Alessandro Barrali wasn’t one to consume expensive champagne in feeble sips, but with several hundred people to fool tonight, nursing his drink was a matter of necessity.

Habit brought a polite smile to his face as he stood beside the bar at his sister Sophia’s annual Christmas party and surveyed the well-to-do crowd. The usual suspects were present. Near the doorway, wealthy patrons of Sarcaccia’s national art museum gathered in a knot around British billionaire and adventurer Jack Gladwell. Many of King Carlo and Queen Fabrizia’s friends were in attendance, along with a smattering of Sarcaccian government officials and Italian socialites…