Do not, under any circumstances, look to me for help with your March Madness basketball pool, either on the women’s or the men’s side. My brackets were dead in the first two hours of play. However, if you have a ballot waiting in your inbox to participate in an Oscar pool, that’s my wheelhouse. Here’s your annual cheat sheet. 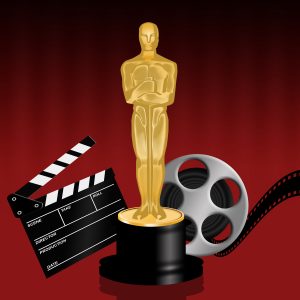 Jane Campion, The Power of the Dog

Given her wins at other awards shows this season, this is as close to a gimme as you’ll get, with the possible exception of International Feature Film.

Actress in a Leading Role

Nicole Kidman, Being the Ricardos

Colman would have a strong shot if she hadn’t picked up a statuette recently (for a FABULOUS turn as Queen Anne…if you haven’t seen The Favourite, get it in your queue.) This year, however, you’re best to choose Chastain.

Actor in a Leading Role

Javier Bardem, Being the Ricardos

Benedict Cumberbatch, The Power of the Dog

Denzel Washington, The Tragedy of Macbeth

Smith is a strong favorite, though oddsmakers have Garfield climbing. My head says Smith. My heart says…Cumberbatch. WHAT TO DO? Sigh. Since it’s a pool, I’ll pick Smith. But I’ll toast Cumberbatch. I’d really like to see him win.

Actress in a Supporting Role

Kirsten Dunst, The Power of the Dog

Actor in a Supporting Role 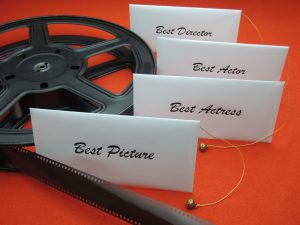 Jesse Plemons, The Power of the Dog

J.K. Simmons, Being the Ricardos

Kodi Smith-McPhee, The Power of the Dog

This is a tight one between Troy Kotsur and Kodi Smith-McPhee. The ensemble cast of CODA won the SAG, however, which may be the nudge that shifts the odds to Kotsur.

Eskil Vogt and Joachim Trier, The Worst Person in the World

This is a hotly contested race. I think it’s a close call between Belfast and Licorice Pizza. Every Academy expert has a different reason for why one or the other will win…or why The Worst Person in the World could potentially play spoiler. If you have a favorite, you may as well go with it.

Jane Campion, The Power of the Dog

The Power of the Dog has momentum here, but the spoiler could be Drive My Car. Choose your favorite.

The Mitchells vs. the Machines

Raya and the Last Dragon

Flee could be the upset winner here, but I’m going with the odds-on, feel-good favorite: Summer of Soul.

The Hand of God

Lunana: A Yak in the Classroom

The Worst Person in the World

This should be a solid pick. If there’s an upset, it would be The Worst Person in the World.

The Tragedy of Macbeth

Another tight race. Dune, The Power of the Dog, and West Side Story all have buzz. Take your pick. I’m going with Dune.

Tough call here between Dune and The Power of the Dog. I’m throwing my money behind Dune. 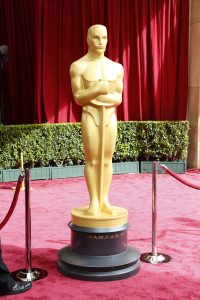 The Eyes of Tammy Faye

If your pool has these two categories, pick up two easy wins for Costume Design and Makeup and Hairstyling. Both are heavy favorites.

“Somehow You Do” – Four Good Days

No Time to Die

Belfast could be the surprise win here, but I’m checking the box for Dune.

The Tragedy of Macbeth

Oddmakers and buzz have Dune here, but Nightmare Alley’s gorgeous 1930s carnival could be the upset.

No Time to Die

Shang-Chi and the Legend of the Ten Rings

The Queen of Basketball

When We Were Bullies

Top picks here are Audible (a football documentary) and The Queen of Basketball. I’m going with the Queen (hey, I write romance novels about royalty.) However, if you saw and loved Audible, you wouldn’t be going out on a limb to pick it.

Ala Kachuu – Take and Run

Affairs of the Art

Looking for a 2022 Printable Oscar Ballot? Here are two options: