Shot Through The Heart

“Two thousand bucks on the line and you’re using your limited brain power to answer sappy texts from a girl?” Josh Lindor eyes my cell phone screen in disgust. “Geez, Connor. From the pathetic look on your face, I thought you received the name of our target. Senior Assassin e-mails are supposed to go out at five o’clock.”

I pluck my phone from his crumb-encrusted fingers and drop it into the grass next to my soda, behind the basketball hoop at the side of the Lindors’ driveway. I glare at him, daring him to steal it again. “I wasn’t answering the text, I was reading it. There a law against that?”

Ever since my parents handed me my first cell phone so I’d have it for emergencies way back in fourth grade, Josh has acted as if it’s his right to read whatever’s on there. Like it’s a privilege he gets for being my best friend.

Josh shrugs before grabbing another dozen or so Goldfish crackers from the oversize carton we brought outside with us. As he pops them into his mouth, one falls out the pinky side of his fist and skitters across the driveway where Josh’s dog, an elderly St. Bernard mix named Buster, snarfs it up.

“Why’s Molly Cannon still texting you, anyway?” He bounces the basketball in a lazy hand-to-hand rhythm, practically begging me to jump forward and steal it. I let him keep dribbling. “Didn’t you tell her you’re not interested?”

Only Josh would think it’s that simple. “I’ve tried, but there’s no good way to reject a girl. It’s even harder when it’s a cool girl like Molly.” When Josh starts to argue, I hold up a hand to stop him. “Reading her texts doesn’t mean I’m going to screw up Senior Assassin.”

“You’d better not,” he mumbles through his mouthful of Goldfish. A few orange particles land on the basketball but bounce off as he takes a foul shot. He misses—a rarity for Josh—allowing me to nab the long rebound and sink a perfect three-pointer. He pretends not to see and snags another fistful of Goldfish. Buster follows him at a lope, hoping more crackers will fall his way.

Normally, we head inside to raid the Lindors’ pantry the minute we finish soccer practice, maybe hang out and watch ESPN or play video games in his family room while we eat, but with only a few hours before the annual Senior Assassin tournament officially begins, we want to seize every possible minute of stress-free outdoor time. Once the game’s underway at midnight, we won’t be able to walk down the street without looking over our shoulders for squirt-gun snipers.

As Josh has been pointing out ad nauseum since this year’s prize amounts were announced, there’s a two-thousand-dollar payout for the team finishing in first place. I have nearly four grand set aside from mowing lawns the last three summers, and when I get to five, my parents said they’ll accept it as payment for the four year-old Toyota my dad currently drives. They even promised to cover the insurance and repairs until I graduate college.

I’m tired of working in the neighbors’ yards while they stare at me from their swanky patios, just waiting for an opportunity to find fault with my edging technique or the height of my mower blade. And then—when I finally finish—spending another ten or fifteen minutes picking itchy grass clippings off my sunscreened, bug-sprayed arms and legs before Mom will allow me back into the house. I’m doubly tired of relying on Josh and my parents for transportation despite the fact I’ve had my license for over a year. The Toyota’s nothing fancy, but it’s reliable and I want it with such an intensity that I have a recurring dream where I’m flying down the road with the windows open and beach tunes on the radio. In the dream, I’m not irritated by the smell of freshly-mown grass. I’m actually enjoying it, the way all those people sitting on their patios in the sunshine should be instead of spending their free time nagging me.

“Whatever you’ve said to Molly, she’s not taking the hint,” Josh says, finally sinking a shot now that his mouth is empty. “The longer this goes on, the worse it’s gonna get for both of you. Maybe you need to spell it out in all caps: I AM NOT INTO YOU.”

I roll my eyes. We both know Molly isn’t the kind of girl who would handle blunt rejection well, and with good reason. Her ex, Drew, humiliated her last spring by breaking up with her the week before Junior Prom. She’d already bought a dress and everything. He’d heard via the lunchtime rumor mill that Sofia Magaro, this incredibly hot girl who moved to another school district the summer before, was dying to find someone to take her to Eastwood’s Junior Prom. Drew practically bolted from the cafeteria to text Sofia and ask her. He dumped Molly less than an hour later, between fifth and sixth period, while Molly was standing at her locker in junior hall trying to figure out whether or not she needed her dictionary for Spanish class. He left her standing in front of dozens of people with a horrified look on her face and huge tears in her eyes. He claimed the breakup was in the works for weeks, that Molly knew it was coming, and that Sofia’s long, tan legs and D-cup bra had zero to do with it. We all knew better.

Most of guys didn’t blame Drew, though. I mean, Sofia’s that gorgeous.

I didn’t say anything, but I thought it was damned cold. 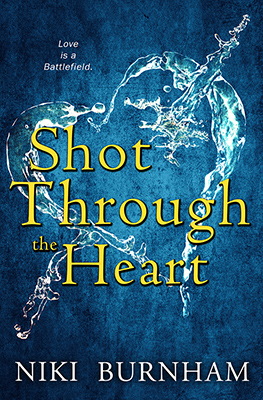