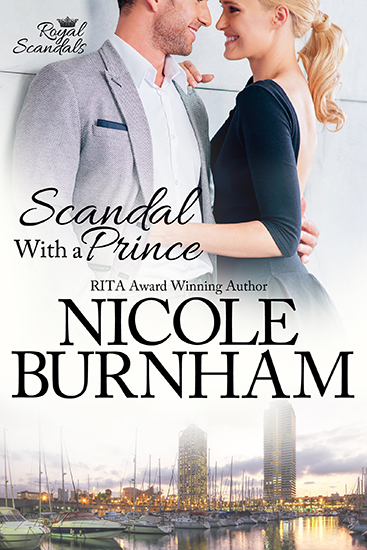 Scandal With a Prince

Book 1 in the Royal Scandals Series

A one night stand. A lifelong obsession.

One magical summer, Megan Hallberg met—and loved—Prince Stefano Barrali. But his royal duties took him home, and when she discovered she carried his child, she also discovered he was engaged…to a beautiful, worldly aristocrat.

Ten years later, Stefano runs into Megan at the grand opening of a Barcelona hotel, and it’s his every sensual fantasy come to life. His memory of the stunning blonde and their passionate summer has haunted his dreams, and a night under the stars gives him the perfect opportunity to reclaim the woman he thought lost to him.

Megan finds herself torn between passion with a prince and a fierce need to protect her daughter. Can the man who captured her heart so many years ago be her destiny…or her downfall?

Scandal With a Prince is available in ebook, paperback and audiobook:
Buy Now

Nicole was fortunate to spend time in Barcelona prior to writing Scandal With a Prince. She toured the Gothic Quarter, ate more than one delicious breakfast at El Quim de la Boqueria, saw many of the La Rambla street performers Megan and Prince Stefano observed, and spent a raucous evening watching the city’s famous Magic Fountain. Some of her photos are below. 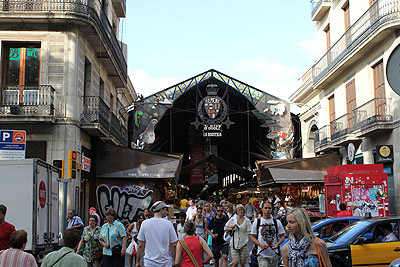 The entrance to the famous La Boqueria marketplace 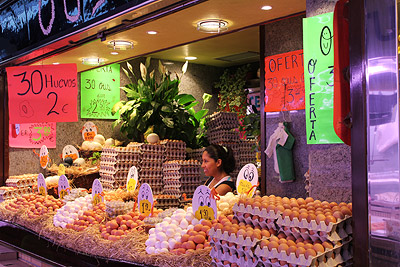 One of La Boqueria’s egg stands 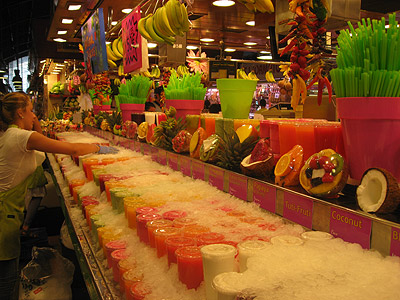 A juice bar in La Boqueria 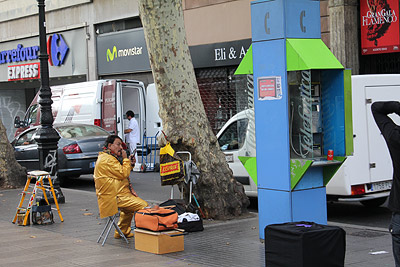 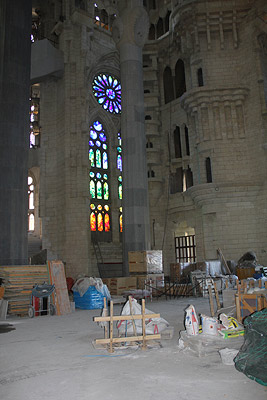 The famous Gaudi cathedral, La Sagrada Familia, as the floor is being installed 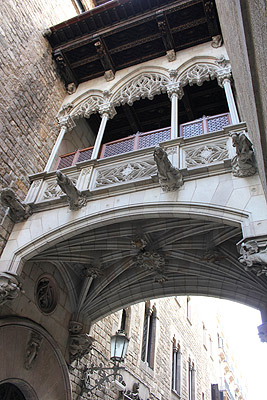 Certain men possess voices so richly captivating, so drenched in sexuality, that they can bring a woman to her knees with a few simple syllables.

In a crowd of hundreds, it was the sound of one such voice that caught Megan’s attention first.