Going to the Castle

Conversation throughout the evening focused not on the prince’s planned state visit to China later this week, but on the prince’s age and relationship status. The diTalora family has the longest continuous reign in Europe and can attribute that longevity—at least in part—to their tradition of marrying young.

Antony is now the oldest San Riminian crown prince not to have wed and produced an heir.

Despite the hushed gossip filling the ballroom, Prince Antony appeared unconcerned about settling down anytime soon. Recent reports have linked him to wealthy socialite Bianca Caratelli, but he lived up to his reputation as southern Europe’s playboy prince last night, bringing German supermodel Frida Heit, a descendant of Britain’s Queen Victoria, as his date.

Over the course of the evening, the prince was spotted dancing with Caratelli, but he chose to dine with Heit and his sister, Princess Isabella. Heit departed early, claiming an early morning fitting for a fashion show. Antony did not appear to mind, however, leaving the event well after midnight with a group of his sister’s friends for a private party at an undisclosed location.

Noticeably absent from the festivities was King Eduardo, fueling rumors that the monarch’s health isn’t as robust as claimed. An official palace statement states that the king was “tending to important matters of state.” However, sources close to the royal family claim the king had no official duties on his schedule and spent the evening in his palace residence.

The king has not been spotted on his regular morning run in several weeks, though the palace has not commented on the change in routine.

If the rumors prove true, Prince Antony may not remain the playboy prince much longer. According to several insiders, King Eduardo’s health could force him to consider an arranged marriage for his eldest son.

“It sounds antiquated, but it does make a certain amount of sense,” admits Count Giovanni Sozzani, a longtime friend of the king, when asked about the possibility. “King Eduardo places his royal duties above all else, and he believes his primary duty is to ensure the continuation of the diTalora line. If Antony is not married soon, King Eduardo will feel he has failed the people of San Rimini.” 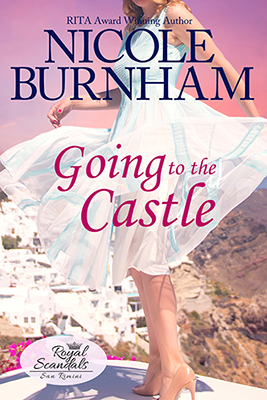