Last week, for the first time in over two years, I attended a writers’ conference. It was a surreal experience. I’ve been to dozens of similar conferences over the years, but even vaxxed and masked, I had the sensation I was doing something wrong. I suspect I’m not the only one with that feeling these days. If you are out and about in your corner of the world, I hope you’re careful and safe.

That unsettled sensation reminded me of one of my first writers’ conferences. It was the year before I sold my first book to a publisher. You’d think that’s what would make it stand out in my mind. Nope…it was running into Tim Conway and doing a first-rate job of embarrassing myself. Since the world is in need of laughter, I bring you a blog classic: The Day I Met Tim Conway. This was posted following his passing in 2019.

Clicked on the news during lunch today to see the announcement that actor and comedian Tim Conway passed away. If you’ve ever seen McHale’s Navy, the Dorf movies, or the Carol Burnett show, you’ll know Tim. He played everything from the world’s oldest man to a human-sized dog to a bungling dentist (a favorite in my family of dentists.)

Perhaps it was that famous dentist sketch that once made me believe he was a real dentist.

I swear, it’s not as idiotic as it sounds. 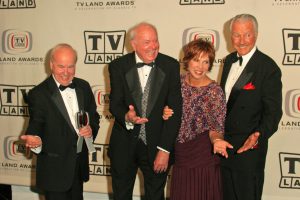 Years ago, I was in Georgia for a writers’ conference and had arrived at the hotel a day early. The place was quiet, as a large group had just checked out and no one else had arrived for my event. I wanted to see where a particular meeting room was located so I wouldn’t have to hunt the next day, when I knew the place would be crowded, so I took an elevator to the lower level and followed the signs along a wide, green carpeted hall.

Around me, nothing stirred. The entire floor boasted late twentieth century hotel conference center décor: large round overhead lights, the occasional tropical plant or gilt mirror, pairs of straight-backed chairs on either side of tables set at intervals along the wall so attendees would have places to chat. Most of the lights had been dimmed, given that no activities were scheduled that evening.

I was about two-thirds of the way to the meeting room when I spotted a man sitting alone in one of the chairs, reading a paperback. He wore khaki pants, a collared shirt, and a dark brown sport coat. He straightened as I approached, then smiled as if he’d been waiting for me. I slowed. The guy looked very familiar, but I was certain he wasn’t a writer or part of the conference I’d come to Georgia to attend. It felt as if I’d known him many years earlier, maybe while I was growing up. I couldn’t place him, though, and he didn’t speak to me, so I smiled in return, then rounded a corner and continued toward the rabbit warren of conference rooms.

As I walked, I scoured my mental database. I guessed that the man was older than my parents, but not by a lot. Thanks to my father’s career as an Army dentist, we moved around a ton when I was a kid, and I’d met nearly all of his coworkers over the years. I’d babysat for probably half a dozen of them and had been to picnics or dinners at many of their homes. Had my dad been stationed with the guy in the hall? He’d looked at me as if he knew me…or thought he might.

After a few minutes of being unable to place him, and having finally located the meeting room, I headed back toward my hotel room. When I turned the corner into the hallway where I’d seen the man, I was surprised to find him still in his seat. Once again, he sat up and smiled at me. This time, though, there was a slight furrow to his brow, as if he wanted to ask a question. I said hello, and he shifted forward in the chair.

He tilted his head, then said, “I think you might be looking for me.”

It was one of those moments where you feel awkward, but you know the other person does, too. There wasn’t another soul within shouting distance, and we were in a very long, very empty hallway in the bowels of a hotel. I said, “I was trying to find a conference room. Found it.”

He looked disappointed. I’m not sure what possessed me, but I said something to the effect of, “You look very familiar to me…you wouldn’t happen to be in the Army, would you? A dentist?”

A beat or two passed, then he gave me a wide, genuine smile, as if he’d just heard the greatest joke. “No,” he said, “I’m not in the Army.”

I was about to explain that he looked like one of my parents’ friends—but stopped myself when I realized he might take it as a statement akin to, “wow, you look old”—when we both heard footsteps coming from the direction of the elevators. A woman in a skirt and jacket approached, a leather tote bag hanging from her shoulder. Her hair and makeup were immaculate—television immaculate—and she moved with the speed of a person who knows they’re late, but doesn’t want to run and start sweating.

His gaze went to her leather bag, then back to me. “That’d be my guess.”

I left as the woman zeroed in on the man in the chair, who rose to greet her. It was apparent that she was there to conduct an interview of some type.

As the elevator doors closed, I figured it out. He wasn’t one of my parents’ friends, though we’d watched him together many, many times. The man in the chair was Tim Conway, and one of his most famous sketches on the Carol Burnett show was as the bumbling dentist who manages to inject himself with Novocaine.

Tim, may you rest in peace. You gave millions of people joy and laughter. I hope, for that one day, I gave you the laugh.